Three time World Champion Vincenzo Onorato and his team aboard Mascalzone Latino continued their winning ways with a victory in the 2008 Copenhagen Farr 40 Cup.  In the six race series, the Italian team showed great consistency in posting a low score of 12 points, ten better than the total of second place finisher Wolfgang Schaeffer's Struntje light. 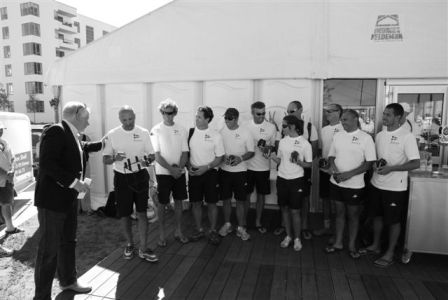 Behind Mascalzone, the fleet was tight with the second, third and fourth place boats separated by only two points.  The Copenhagen Regatta served as part of the Farr 40 European Circuit North and is the final event on the continent before the Rolex Farr 40 European Championship in Travemunde, Germany on August 26-31.  For more information on the event, you can visit the regatta site or the Farr 40 European Fleet site. For results, click "read more".